You are here: Home / Talk / Stoic Prose Poetry on Demand in Asheville, NC – Meet the Man Who Inspired Me Before Breakfast 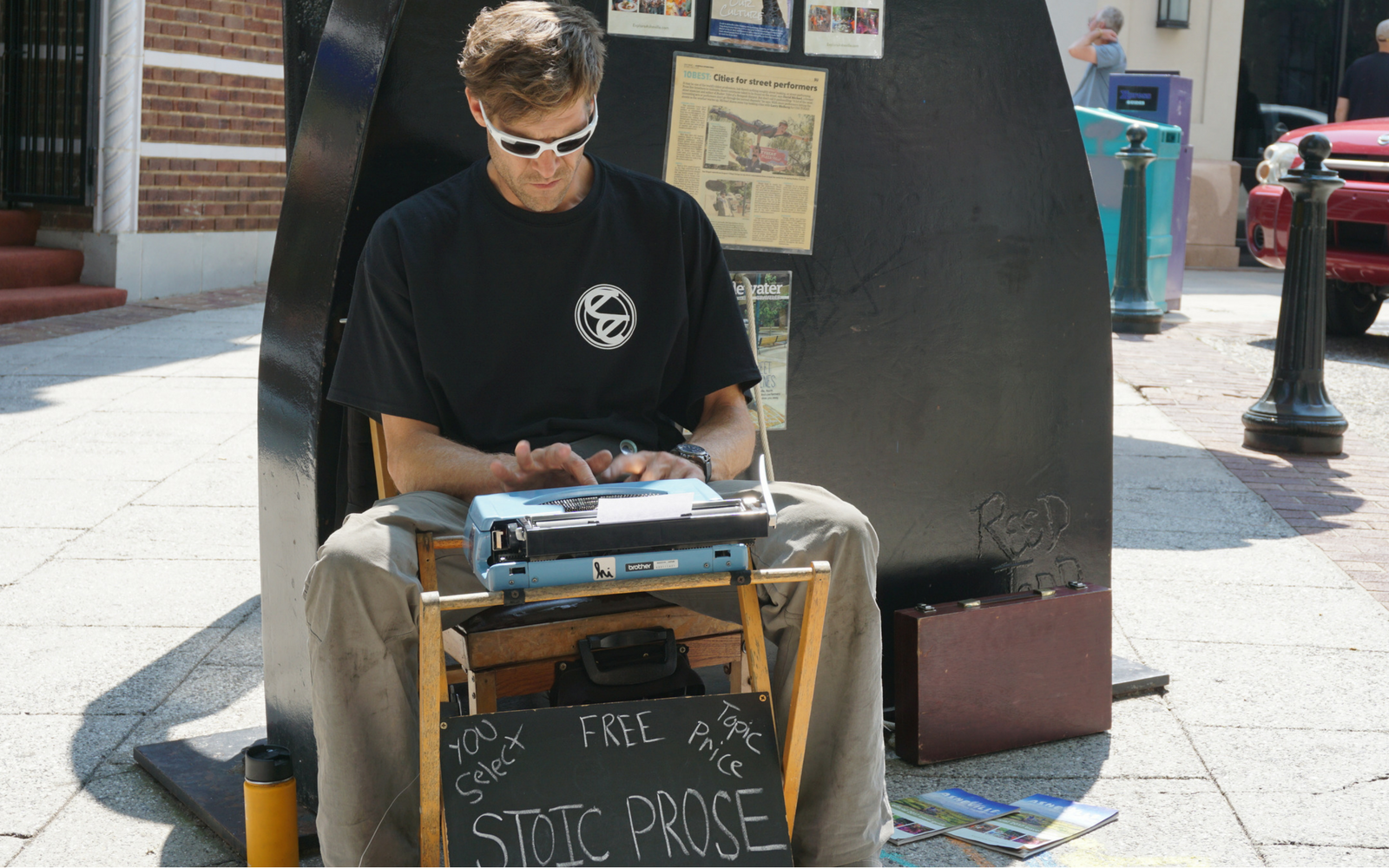 If you want to be inspired before breakfast, well that’s exactly what this prose poet will do. On a recent trip to Asheville, NC, my husband and I walked by this man, Dave, typing up on-demand prose poetry on a vintage typewriter. I knew I had to meet him but was not sure what topic to choose. We decided to write three topics down on our napkin at breakfast and let him pick one.

When Dave picked a napkin, the choice was revealed – to write a poem about his own personal story. I was a little worried at first, because Dave’s reaction seemed disappointed. I was hoping I did not offend him by asking him to share something personal, but he began typing, drawing a crowd.

He wrote us a poem describing his experience as an Asheville “Statue”, one of the many types of street performing artists you will find in downtown Asheville. After reading the poem, he told us more about the poem’s backstory and his struggle to find a place to stand as an artist. I was shocked to learn how much goes into finding a place to physically stand and legally speak.

Now I know why his face changed when he saw the topic selection. He likely isn’t disappointed in the topic choice, but in having to hold back so many words. He told us he would soon be moving to New Orleans, and I hope to see him there one day. Until then, I have this piece of his story that he graciously allowed me to share… Headed to the NC mountains? Don’t miss these articles…